The Massachusetts Mandate: Bet Online and Go to Jail

The Massachusetts Mandate: Bet Online and Go to Jail

They’re battling it out. And online casino gaming laws are at the center of the debate.

The two sides in the battle

On one side we have Gov. Deval Patrick that really wants the licensing to construct three new casinos in Massachusetts. The revenue he expects that these new casinos will generate will be about $200-$300 million dollars. Yup, that’s $200-$300 million dollars. That’s the kind of money that’s make your eyes get real big – and I’m sure the Governor’s eyes got huge when his advisers told him that big number. And guess what he doesn’t want. Yes, that’s right, he’s against online casino gaming. Can you take a guess as to why he might be against internet gambling? Yup, that’s right, because he’d be getting no money from that. Less competition equals big payday. 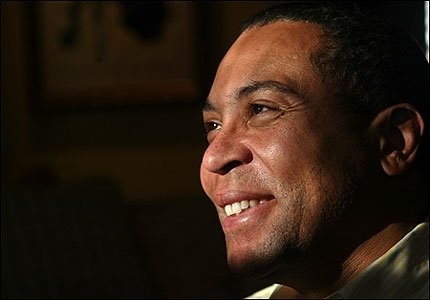 In fact, the governor is so against online casino players that he wants to make internet gambling completely and totally illegal in his state for all citizens and all state residents. If you live in Massachusetts and you’re caught by the government trying to bet online or through the telephone you will have to pay $25,000 in fines and fees and be placed up to two years in prison. That’s what the governor wants.

Our good buddy Barnett “Barney” Frank, who’s trying to pass the IGREA bill is obviously real pissed off about this. “Why is gambling in a casino OK and gambling on the Internet is not?” said Barney. “He’s making a big mistake. He’s giving opponents an argument against him.”

Money is a major issue

That’s not the end of this story however. There’s an interesting twist. David Schwartz, who’s the director of the Center for Gaming Research at the University of Nevada, has said that the motivation for Gov. Deval Patrick’s desire to make internet casino gaming illegal in Massachusetts is to feed his financial bottom-line. He may actually be attempting to be getting more money from the casinos by eliminating competition – in this case, web casinos. “If you were cynical about it, you’d think that they’re trying to set up a monopoly for the casinos,” says David.

The Poker Players Alliance is opposed to the internet casino aspect of Gov. Deval Patrick’s bill. “It makes absolutely no sense to me,” said director Randy Castonguay. “It’s actually kind of laughable if you think about it.”

The idea that Gov. Deval Patrick wants to do this to enact a sort of gambling monopoly is an interesting one. It makes sense when you think about it – you can see the rationale here. He sees the in his future and he figures eliminating competition will bring even more money.

What people do for money

It’s amazing to think of the depths that government officials will go to in order to ban online gaming. Is it really so evil? It seems that these government officials love to paint a picture of internet gambling as a “scourge of the Earth” or as “the beginning of the decay of modern society”. But of course gambling at brick-and-mortar casinos is A-OK and perfectly fine and legal, of course because of the kickback these morality-thumpers get from these casinos. It makes me think about that track by old-school hip-hop artists Wutang Clan:

Cash, Rules, Everything, Around, Me
C.R.E.A.M.
Get the money
Dollar, dollar bill y’all

And really isn’t that’s what it all comes down to? Online casinos want the money, and hey, that’s fine, they have a business to run. We want the money, cause hey, we love playing and we want to play with freedom – where we want and when we want. And the government wants its money – and they’ll throw you in prison to get that cash in their hands. And they’ll send you a nice fat fine to line their coffers even more.

The worst part of it all is just how transparent this bill is. It’s obvious Gov. Deval Patrick doesn’t give a crap about coming off like a bad guy to the online casino gamers out there. It’s like the old days when the tobacco companies gave kickbacks to government officials to keep quiet and shut their mouth about regulation. Now the brick-and-mortar casinos are giving the money – the government is very happily accepting that cash – and we’re all the losers.

The questions and discussions arise

When is this hypocrisy going to stop? How can we get these government officials to know we want freedom to do what we want when it comes to our choices? It comes down to making a difference – even if just on a local level. Get to know your local politicians. Research their positions on subject and topics important to you before elections come up. Be informed about what they are for and what they are against – in this case, online casino gaming. Find out who supports Barney Frank’s IGREA act and who is against it – and I’d strongly suggest supporting those that support the IGREA!

It’s almost scary to think how far this is going to spread. Some states are very heavily enforcing the Unlawful Internet Gambling Enforcement Act (UIGEA). Massachusetts is just the latest battleground between those want their freedom and those that want those freedoms taken away.

We can’t let these government officials bully us around and tell us what’s good for us and what’s “moral” – all the while they’re stuffing money by the boatload into their pockets. Don’t sit idly by while you get screwed. Stand up and get counted – make a difference.