Seriously, what is up with all the shootings in poker games recently?

I quote from Jack Nicholson in the movie Mars Attacks: 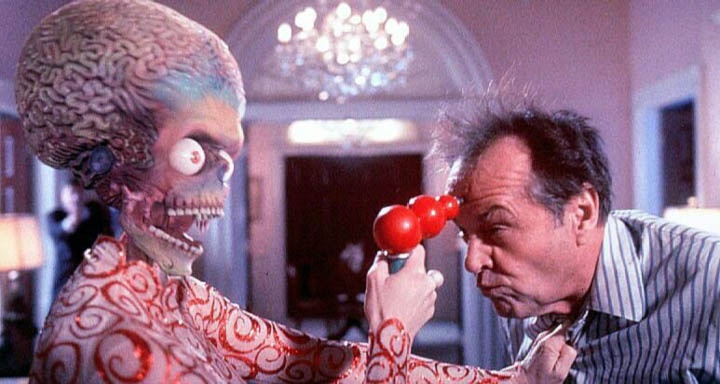 This new shooting goes on in New Smyrna Beach, Florida where Dennis Michael Turner, a 62 year old poker player, was shot in the middle of a poker game. Two guys dressed in masks got into a house where 8 players where playing poker, came in with guns, and they wanted money from the players. Apparently the poker players weren’t down with this, words were exchanges, and ultimately gunshots were fired, fatally injuring Dennis Michael Turner.

We still don’t know if these guys were actually gunning for Turner or if there were just targeting the home. Turner actually drove up from his house in Port Orange to play in this house game. But the big thing here to keep in mind is that even neighbors were clued in to the home poker games being played. Residents in the local area knew that players would bring big amounts of cash to these games – so could this be an inside job? Maybe this murder was due to someone who knew (or knew someone who knew) that big money was being played in these games. Interesting to note that a few months earlier the same house was broken into and the robbers were able to bust out with more than $30,000. It’s possible that these guys went back to finish off what they started.

Police aren’t just focusing on the murder though. They are very concerned about the home poker game being played and if it was illegal or legal. If you take a look at the Florida Statutes, Chapter 849, subsection 085 says that “it is not a crime for a person to participate in a (penny-ante) game described in this section if such game is conducted strictly in accordance with this section.” This means that no single pot in the game can be more than $10. If this wasn’t the case in this game, which seems to be the case, the homeowner could be hit with charges if it was found to be an illegal poker game.