Over the years, I have witnessed many things in poker that I could group into a single category. Some of these things were strange, some were not strange at all, but they all had one thing in common: they needed a word to describe them (or, at least, they needed a better word to describe them). I mean, why say “the the three cards in the flop all had different suits” when you can say “rainbow”? So, in no particular order, here are a few new words for your poker vocabulary that I coined or witnessed my friends coin. You can use them to minimize the energy you need to describe them.

Turnip: We’ve all played donkeys, but is it really fair to call a new player who doesn’t have a clue a “donkey” or “fish”? These players are turnips. They haven’t had enough experience to be a donkey or fish. They have just fallen off the turnip truck. Hopefully, once their beginner’s luck is gone, they will graduate to donkeyness or fishdom.

Suck-Resuck: This phenomenon is experienced by two players who have all of their money in the pot pre-flop. It is best definied with an illustration. Let’s say two players get all their money in pre-flop with AT vs. QQ. For a suck-resuck to occur, it is essential that one player be favored over the other. The phenomenon begins when the dealer starts to spread the flop and the first card becomes visible. In the case of the illustration, the top card would have to be an ace, giving the player with AT that instant adrenaline rush; however, as the flop is spread, the ace slides over to reveal another Q, crushing the hopes of the AT player. In other words, for the briefest of seconds, the AT sucked out on the QQ, but the QQ instantly resucked.

Blinophobe: Any person who seems to be afraid to post a blind before being instructed to do so by the dealer. This person is closely related to antephobes. (NOTE: Blinophobia is often the misdiagnosis for a more frustrating problem – forgetfulness.)

Antephobe: Any person who seems to be afraid to post an ante before being instructed to do so by the dealer. This person is closely related to the blinophobe.

Burbank: Incredibly bad acting by a person who is trying to disguise the strength (or lack of strength) of his/her hand. This term is closely related to “Hollywood”, but when it’s bad acting, you have to name it after Hollywood’s ugly step-sister.

Chip Pilot: Any person who has the ability to make his/her chips fly after taking a bad beat.

Alkaline Syndrome: If you have seen too much of Phil Hellmuth, you have an unbalanced PH level. The only known cure to balance your PH level is to discontinue watching ESPN for at least one week.

Dathowdayduitontv: There is no definition for this word, but people whose learning experiences are limited to watching poker on TV often use the word. On a side note, there has yet to be a documented case in which a person muttering this word has ever been correct.

Pretessional Poker Player: A person who pretends to be a professional poker player and will tell everybody within ear shot that he/she has cashed in major tournaments, but doesn’t tell you that his/her cash rate is incredibly poor. 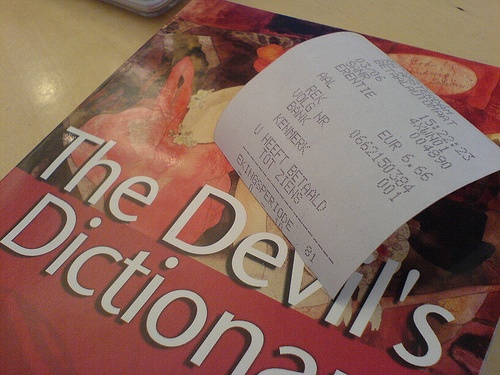 [thanks to michellzappa and kc via cc]